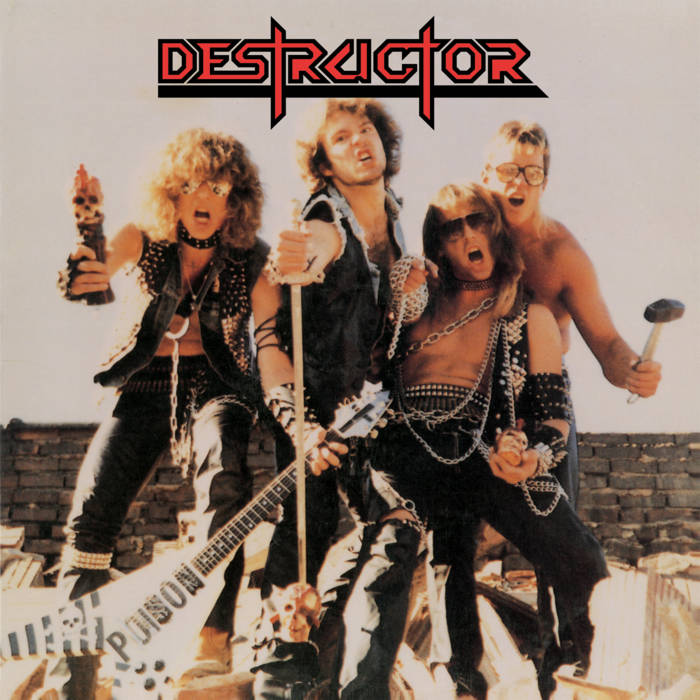 Unearthed from time and dust as it's original source, DESTRUCTOR's 1985 debut album Maximum Destruction respectfully restored to take command once more!
MAXIMUM DESTRUCTION is considered by many to be an underground Metal classic and quickly silenced the critics. It catapulted the band to international success in the Metal underground and branded the 1980s Cleveland Metal scene with such legendary crushing 'live' performances, both headlining and opening for national acts such as Anthrax, Slayer and Megadeth.
Withering with their native rust belt enduring the most tragic of setbacks, DESTRUCTOR had only lost momentum but always kept their faith. In the midst of the waning spotlight several songs were recorded but never released as intended. Molding the sound of an era destined to make it's noise.
This long awaited reissue is not only by the fans, but of Reaper Metal Productions. A dream release which embarks back to the formation of RMP while it planted it's roots as a record label. This release overseen by Reaper is a labor of love to preserve a hometown nostalgia while appeasing the expectations of an avid fan/collector. Both CD and Vinyl honor the look of the original Auburn Records release while loaded with extra photos, flyers and literature from the personal archives of Dave Overkill.
In an effort to maximize it's sound and intended presentation the Vinyl comes as it's original 10 song album. Whereas the CD/Digital release are loaded with over 60 minutes of bonus material containing the band's '84 demo, the unreleased "Unmixed & Heavy" containing two songs cut from the album, 1988 demo and Speed Kills II compilation version of "Pounding Evil".
This is the official Skull Smashing Edition of Maximum Destruction!

Bandcamp Daily  your guide to the world of Bandcamp

Featuring Oakland sounds from the Smart Bomb collective and Samplelov.